14 Surprising Tips from Selling is Human to Influence Others

Recently, I've read Selling is Human by Daniel Pink. He's famous for Pinkcast - an espresso of knowledge. I like him, because he's often right to the point, with examples, stories, and science.

What can we learn about selling? Lucky for you, you don't have to read the whole book - here are the top 10 points I found very useful.

How is Selling Useful to Programmers?

Selling is not just you buying a cup of coffee or selling a computer on the online store you made. Selling is rather an abstract term, to sell your ideas, to persuade people around you. But not just to make them abide you but to cooperate with you. To be a leader people love.

You probably think "I'm a programmer, I don't handle selling, I just do my job by making the best code I can."

Let me give you few examples when I had to sell to be able to write the best I can:

And so on. I believe you can think of 2 ideas right know where do you want to sell your ideas better.

How does Selling is human can help us with it?

Take following quotes as list of notes you'd make by reading the whole book. Save time to win knowledge. 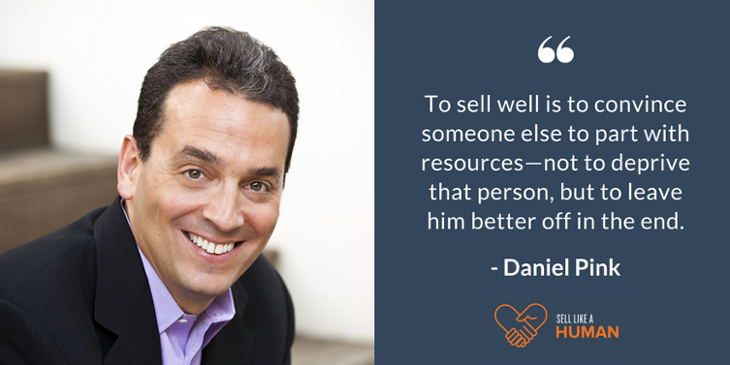 "I'm the best. This is going to be a breeze," and that might give you a short-term emotional boost. But if you instead ask, "Can I make a great pitch?" the research has found that you provide yourself something that reaches deeper and lasts longer.

You might respond to yourself "Well, yes, I can make a great pitch. In fact, I've probably pitched ideas at meetings two dozen times in my life." You might remind yourself of your preparation. "Sure, I can do this. I know this material inside out and I've got some great examples to persuade the people who might be skeptical." You might also give yourself specific tactical advice. "At the last meeting like this, I spoke too quickly - so this time I'll slow down."

"Questioning self-talk elicits the reasons for doing something and reminds people that many of those reasons come from within."

Ask yourself: "Can I move these people?" As social scientists have discovered, interrogative self-talk is often more valuable than the declarative kind. But don't simply leave the question hanging in the air like a lost balloon. Answer it - directly and in writing. List 5 specific reasons why the answer to your question is yes. These reasons will remind you of the strategies that you'll need to be effective on the task, providing a sturdier.

3. Too much Positive Harms

Once positive emotions outnumbered negative emotions by 3:1 - that is, for every three instances of feeling gratitude, interest, or contentment, they experienced only one instance of anger, guilt, or embarrassment - people generally flourished. Those below that ratio usually did not. But Fredrickson and Losada also found that positivity had an upper limit.

4. Working with Feedback that Hurts

I wrote How to Deal With Haters in Comments and Github a while ago. And Daniel Pink shows 2 tips that can be added there right away:

When something bad occurs, ask yourself three questions - and come up with an intelligent way to answer each one "no": 1. Is this permanent? Bad response: "Yes. I've completely lost my skill for moving others." Better response: "No. I was flat today because I haven't been getting enough sleep." 2. Is this pervasive?"

The more you explain bad events as temporary, specific, and external, the more likely you are to persist even in the face of adversity.

5. Compare, Give a Context to Bare Phrases

A blind man was collecting money on the street with a sign: I am blind. A researcher goes around and adds 4 words: It is spring time and. It results in:

It is spring time and
I am blind

That's why the most essential question you can ask is this: Compared to what?

People often find potential more interesting than accomplishment because it's more uncertain, the researchers argue. That uncertainty can lead people to think more deeply about the person they're evaluating - and the more intensive processing that requires can lead to generating more and better reasons why the person is a good choice.

So next time you're selling yourself, don't fixate only on what you achieved yesterday. Also, emphasize the promise.

8. Focus on Roots of Motivation instead of Blaming

Your daughter is about to have a test tomorrow, but she's procrastinating so she might fail. You ask her: "On scale 1 to 10, how confident do you feel you'll make the test?"

"Why didn't you pick a lower number?" This is the question that catches everybody off guard," Pantalon writes in his book Instant Influence.

She moves from defending her current behavior to articulating why, at some level, she wants to behave differently. And that says Pantalon, allows her to clarify her personal, positive, and intrinsic motives for studying, which increases the chances she actually will. So, on a scale of 1 to 10, how ready are you to try Pantalon's two-question technique? And why isn't your number lower?"

9. How was the Elevator Pitch Born? 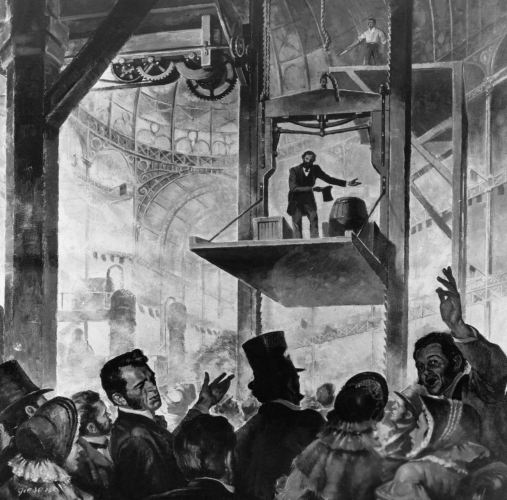 One afternoon, he gathered convention-goers for a demonstration. He climbed onto the platform and directed an assistant to hoist the elevator to its top height, about three stories off the ground. Then, as he stood and gazed down at the crowd, Otis took an ax and slashed the rope that was suspending the elevator in midair.

The audience gasped. The platform fell. But in seconds, the safety brake engaged and halted the elevator's descent. Still alive and standing, Otis looked out at the shaken crowd and said, "All safe, gentlemen. All safe."

Daniel shares a link to Get ready for your pitch and also talks about 1-word pitch. What's that?

People need to associate yours with the 1 word. Pick it and take it!

11. Should I be the First or the Last to Pitch or Speak?

"Go first if you're the incumbent, last if you're the challenger. In competitive sales presentations, where a series of sellers make their pitches one after another, the market leader is most likely to get selected if it presents first, according to Virginia Tech University researchers. But for a challenger, the best spot, by far, is to present last."

How widely this applies to other settings isn't clear from the research, but in general, the middle is the place you're most overseen.

Granular numbers are more credible than coarse numbers. A University of Michigan study asked participants to estimate the battery life of two GPS devices. One device claimed to have a battery life of "up to 2 hours"; the other had an identical, but more finely grained claim of "up to 120 minutes." Participants estimated the first battery would last 89 minutes, but the second would last longer - 106 minutes.

13. Rejection is an Offer

"But he's unlikely to say only that. He's more likely to say, "Sorry, I can't give two hundred dollars." That's an offer."

Improv artists have long understood that helping your fellow performer shine helps you both create a better scene. Making your partner look good doesn't make you look worse; it actually makes you shine.

"That's so interesting!" The maneuver gives her time to conjure a question, but it also spins the weather vane in a friendlier direction. And when she poses a question, I have to stop a moment, think, and offer an intelligent answer. 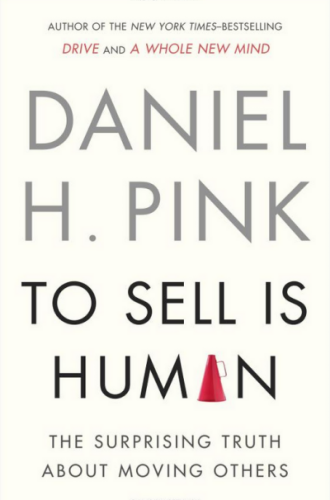 Do you want to get 53 more tips? Get free 1st chapter to your Smartphone Kindle App and try it for yourself.

Read next → Collector Pattern for Dummies