How to Upgrade Twig from Underscored to Namespaces


Symfony recently announced a new version of Twig with namespaces as we know it. Before PHP 5.2 there was Underscored_Namespace - I remember because that was the first version I used.

Today I'll show you how to upgrade from _ to \\ in few seconds. 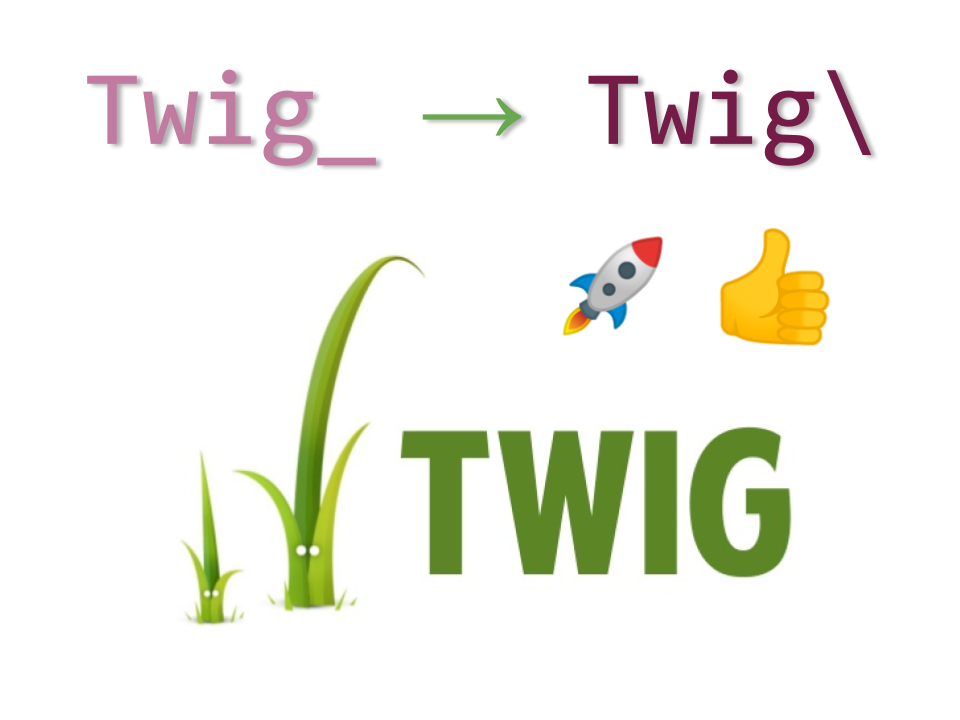 This set would not be possible and as good as it is without you, open-source PHP community. I'd like to thank 👏:

So all we need to do is replace Twig_ with Twig\?

This would fail since Twig\Function class doesn't exist. Twig\TwigFunction does. There 150 more cases where find and replace fails.

We need to replace both docblocks:

In a reaction to the Symfony blog post, I see many developers do upgrades manually. In case of 50 changes, it's ok, but private code bases will go 1000+ use cases.

For Rector it just 1 pattern to refactor. Just tell him to process your files src:

Read next → Removing Static - There and Back Again