In How we Upgraded Pehapkari.cz from Symfony 4 to 5 in 25 days post, there is a section about Doctrine Behaviors in Symfony 5.

None of stof, gedmo, nor KnpLabs is working with Symfony 5. There are many issues in each of those projects asking for maintainers to merge PRs and tag it. One of those issues was heard, and the owner gave me maintainer access.

How does it look 3 weeks later?

From First Excitement Rush to Heavy Burden of Responsibility

KnpLabs/DoctrineBehaviors development was stuck since 2015. There were 10+ opened PRs to use interfaces over traits (to give classes clear contract), bug-fix PRs, and design improvements.

When I got a message from KnpLabs with an offer to maintain, I was super happy to say "hell, yeah". An excitement rush went through my veins. I could saw all the huge refactoring for better and how it helps the whole PHP community to move another step forward.

A moment later, when I realized what happened and how quickly, I started to be scared. The repository looked like a massive chunk of code that will need many design changes, back compatibility breaks, etc. All the responsibility started to fall on my shoulders, and it was heavy.

I took it as challenge and started to climb mountain, without knowing if or how this will end-up.

There were only 2 options:
finished tagged version 2 or burn-out in the process.

I took the risk. 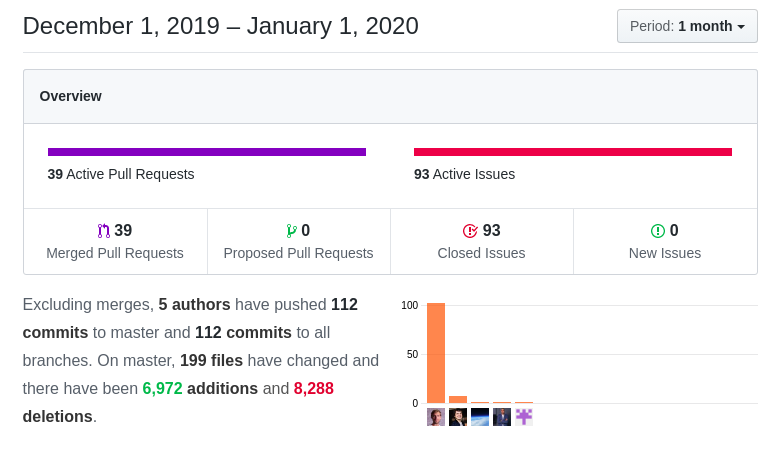 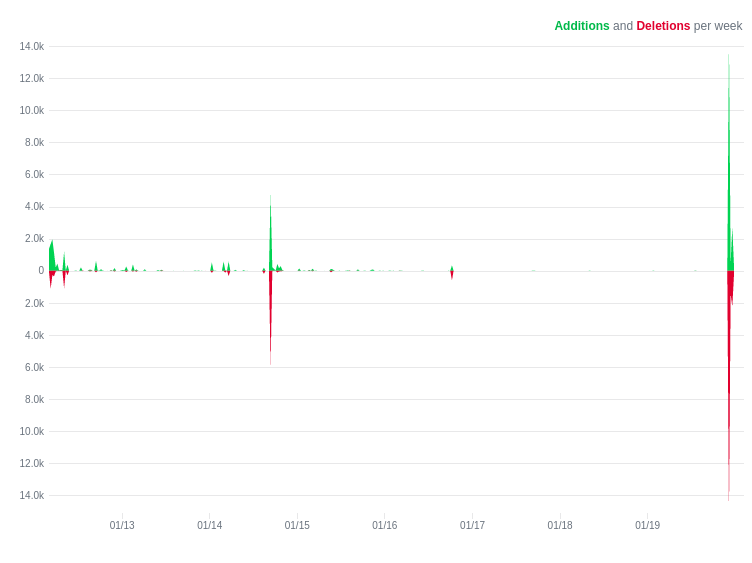 What is new in Doctrine Behaviors 2.0?

All right, you get it. There were lots changes, but what exactly?

Let's start with the sad part.

Tests did not cover some behaviors, nor described in README. When you look at them closely and write a test for them, you'll see they never worked or worked accidentally. I've cross-references these features with gedmo/doctrine-extensions and saw DoctrineBehaviors is the only package that has them, resp. pretend to have them.

Saying that these 3 behaviors were dropped:

It is recommended to implement them yourself that suite your specific needs.

Now that the sad part is behind us let's look at new features.

From Trait to Interface

This work was initiated by bocharsky-bw and @lemoinem back in 2016. Thank you both for clear PRs, it was quite easy for me to see changes and apply them to new and drastically different code in this single PR.

The idea is simple: instead of traits that are problematic to detect by instanceof or is_a(), use interface for method and class contract.

What does it mean? This is trait-first approach:

You use traits, so you don't have to create properties ($createdBy and $updatedBy in this case) manually. There are also 2 split traits for methods and properties, so the code above equals:

But what happens if you remove trait and want to override methods?

Well, there is no contract by an interface, so we have no idea to fix this, we introduced interfaces:

Now PHPStorm tells you what methods it needs. You can use your code or a trait to cover them.

It also easy to detect an object that uses this behavior, which significantly improved performance and architecture at the same time:

All the behaviors didn't add any id properties. Except for translation, where the id was added with this ugly magic method (mind the @deprecated note): 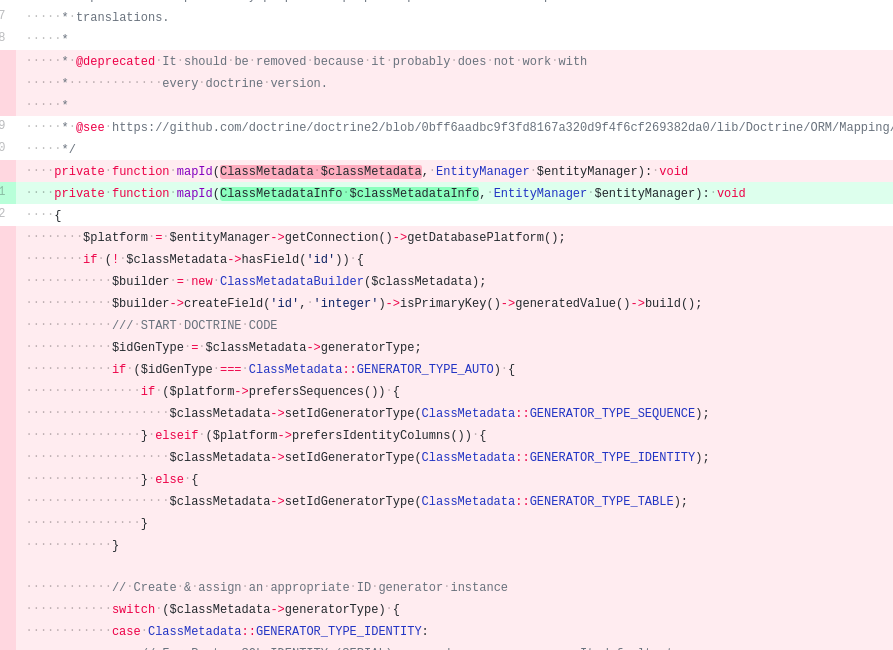 The inconsistency was problematic. In short: it was buggy and hard to use your id property because DoctrineBehaviors tried to guess what id you probably want.

What does it mean for your entities? You need to add their own id:

Scalar types make bugs more comfortable to discover, e.g., when a subscriber is broken, and it does not add value, return null will result in a fatal error.

That's why all the traits have scalar param and return types:

Migration path for these types will be provided based on feedback, so in case you override these methods manually, you won't have to complete the types.

Feature improvements are essential. But to make them fast and stable, the code quality has the same importance.

Energy saved on manual maintenance
can be used to improve features.

How has been code quality improved?

Without the PHP community, packages are just chunks of code. Community around the package, city, or a meetup group is what makes it specials, gives it power and motivation to grow.

I'd love to thank @laurentHCM and @nicolashachet for the testing process of version 2 and instant migration with Rector. For their patience to report issues, test new Rector rules, and trying to solve all the packages conflicts desperately.

You gave me the motivation that helped me to overcome difficult moments when I got lost in the code.

How to Migrate From version 1 to 2?

What is the biggest problem of any significant refactoring? The backward compatibility (BC) breaks:

Roughly over 80-120 BC breaking changes were performed between versions 1 and 2.

Imagine you have 20 such entities in your code, using 4 behavior traits, and now you have to:

I'd be angry at any project, who would do such change, without providing one-click upgrade path.

That's why during such BC breaking changes I've prepared instant upgrade Rector set you can run on your code:

Single command turns to upgrade from 1 to 2 from days to few dozens of minutes.

How does it Compare to Gedmo/Stof?

Are you a stof/gedmo user? Then you're familiar with Symfony 5 issues around it. Don't worry. The KnpLabs\DoctrineBehaviors 2 was developed bearing you in mind.

KnpLabs\DoctrineBehaviors don't support softdeletable and non-materialized tree path yet, but the rest of the features are covered.

Read Migrate Gedmo to KnpLabs post to find the answer.

That's all for me. Use it, bend it, break it, and report issues or pull-request so that we can make migration path together even smoother.

I wish you happy new year 2020 full of huge adventures not only in code!