We talked about cleaning legacy code with Rector 2 months ago on 40th meetup of PHP friends in Prague.
Who is we? Me and CTO of the company I worked for, a great leader and technical expert who taught me a lot, Milan Mimra.

The talk was not full of shallow tips, nor about framework migration. Instead, we talked about small decisions that were made 2 years. Decisions, which took 3 months to get rid of.

Do you speak Czech? Go check 64 slides and watch the talk video recording on Facebook (it is 60 minutes long and the picture is broken from ~27th minute, but the audio is good). 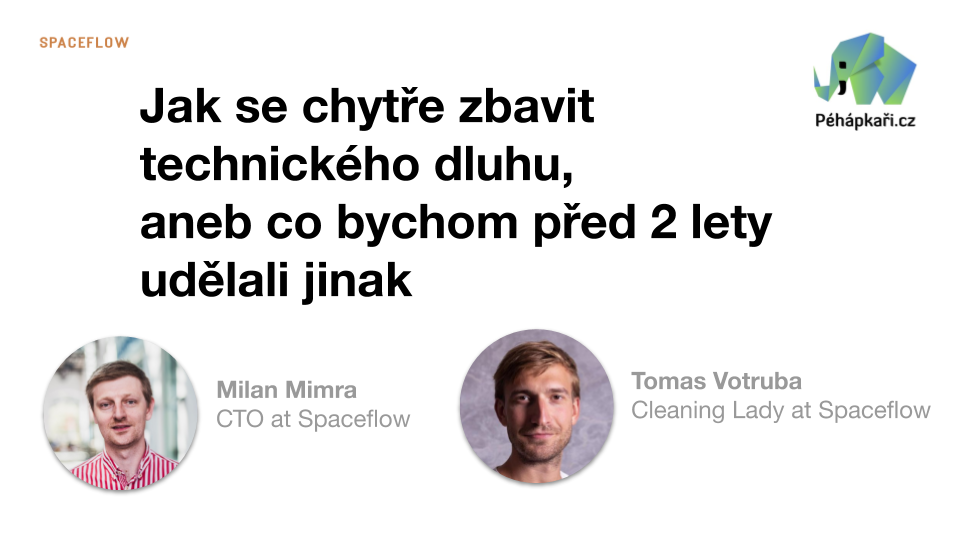 For all the rest of you who speak English better or don't want to copy-paste code instead of watching the video, I'm writing this post. So you can learn from our pain and make your brand new mistakes :)

This talk was about my work as cleaning lady in a project, that wanted to improve their PHP codebase across the whole application. Any PHP projects I recently consulted would benefit from these changes, so keep reading even if you already run on the latest version of your favorite framework.

Instant upgrades effectivity doesn't depend on project size, but people still want size numbers, so there you go:

From all the work we've done, we've picked 10 most important changes that brought code quality to another level. 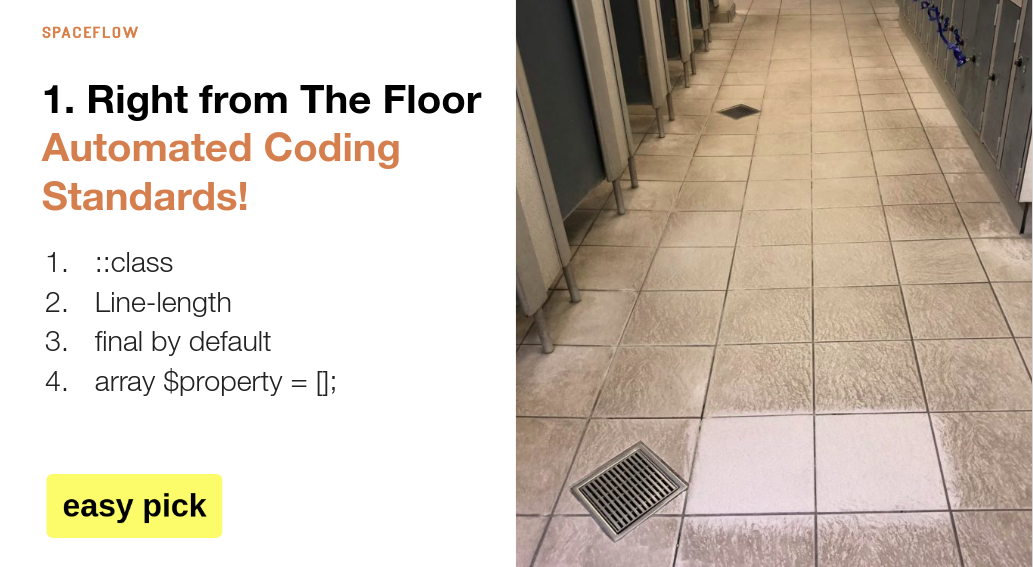 When people say "we use coding standard", it usually means "we use only PSR-2 but nothing more".

That's like saying "we use Symfony" when you're using only controllers.

Why You Should use It?

It's better to start slow, so the first things we did was: 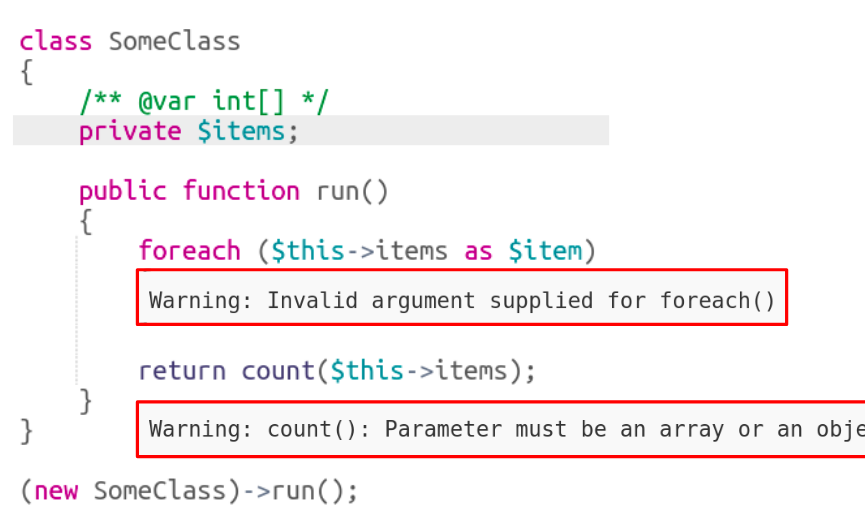 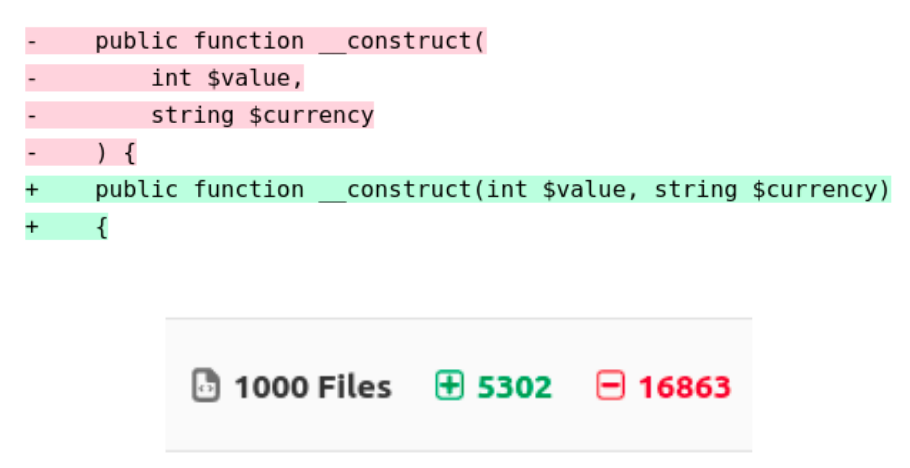 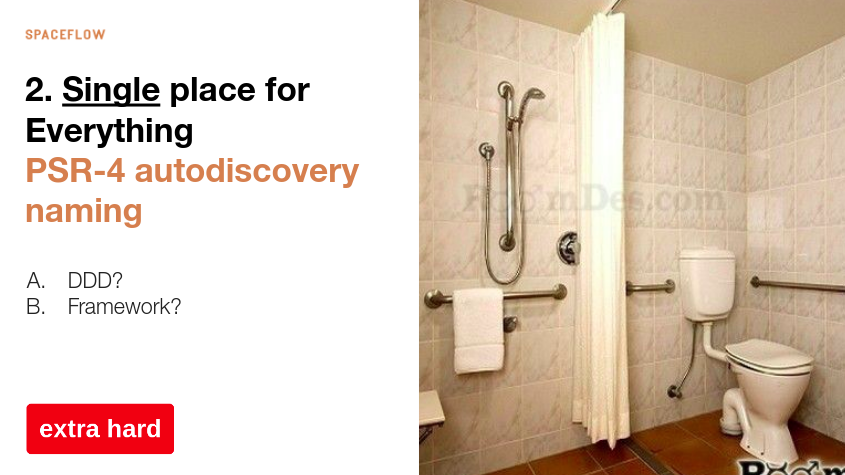 Have you heard about PSR-4? Well, so did many people before you, but it's very to forget it thanks to: 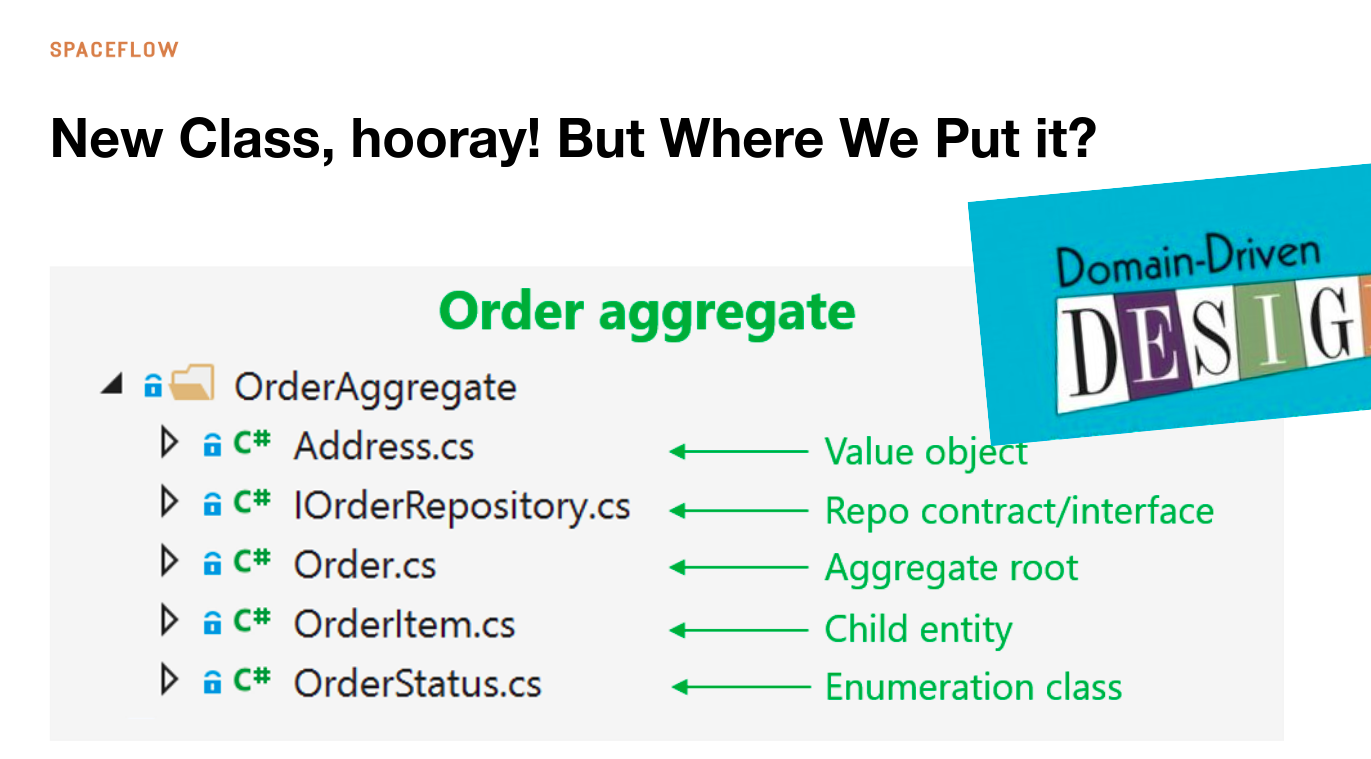 This all helps a lot to messy applications. As basic as this rule seems, I must sadly say that lack of PSR-4 is one of the biggest problems of legacy applications.

To add more salt into the wound, now imagine you want to use some sort of services autoregistration (and you should, unless you want to kill your project slowly). That means you tell your dependency injection container "load these services from this directory".

One of such implementaions is PSR-4 autodiscovery in Symfony:

Such a simple yet powerful idea... which all the Symfony applications I've seen so far struggle. There Symfony 4 and 5 projects, where programmers still have to write each service manually.

I wonder, isn't there something better to do? Like writing unique PHP code that cannot be automated?

So that's what we did: 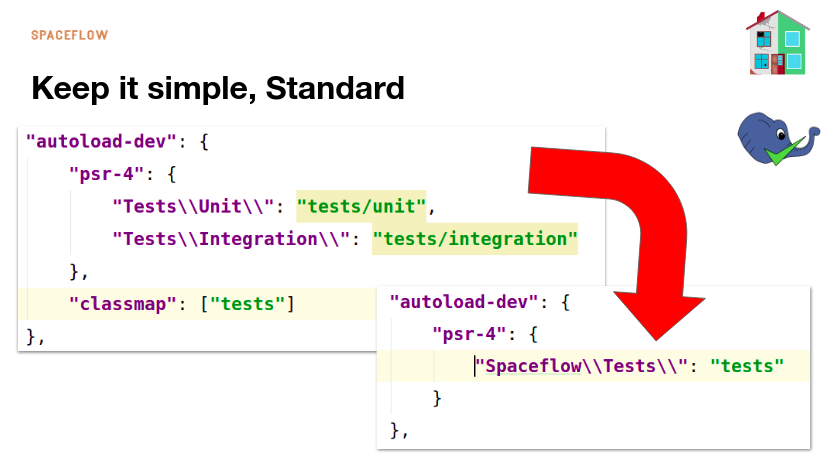 This one requires lof ot manual configuration tweaking of Rector rules, but you can run basic migration with following set: 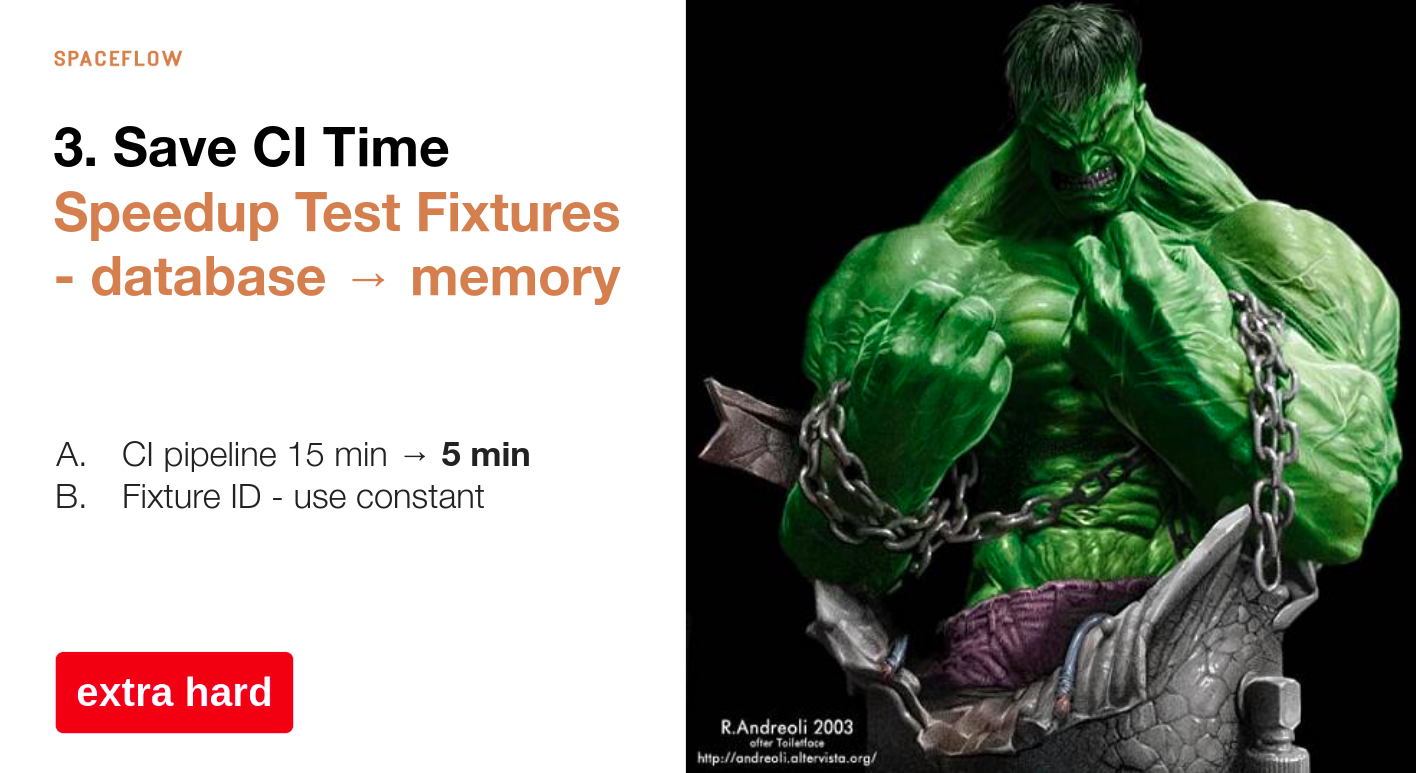 This is rather a general tip than a specific migration.

In the beginning we had:

Not only CI but also local testing was slow. That leads to frustration due to loooooooooong feedback loop. In reality, it means check test = having a coffee or go smoking. And you don't want to hurt your team intentionally like that, do you?

So after a lot of work we had super fast CI that: 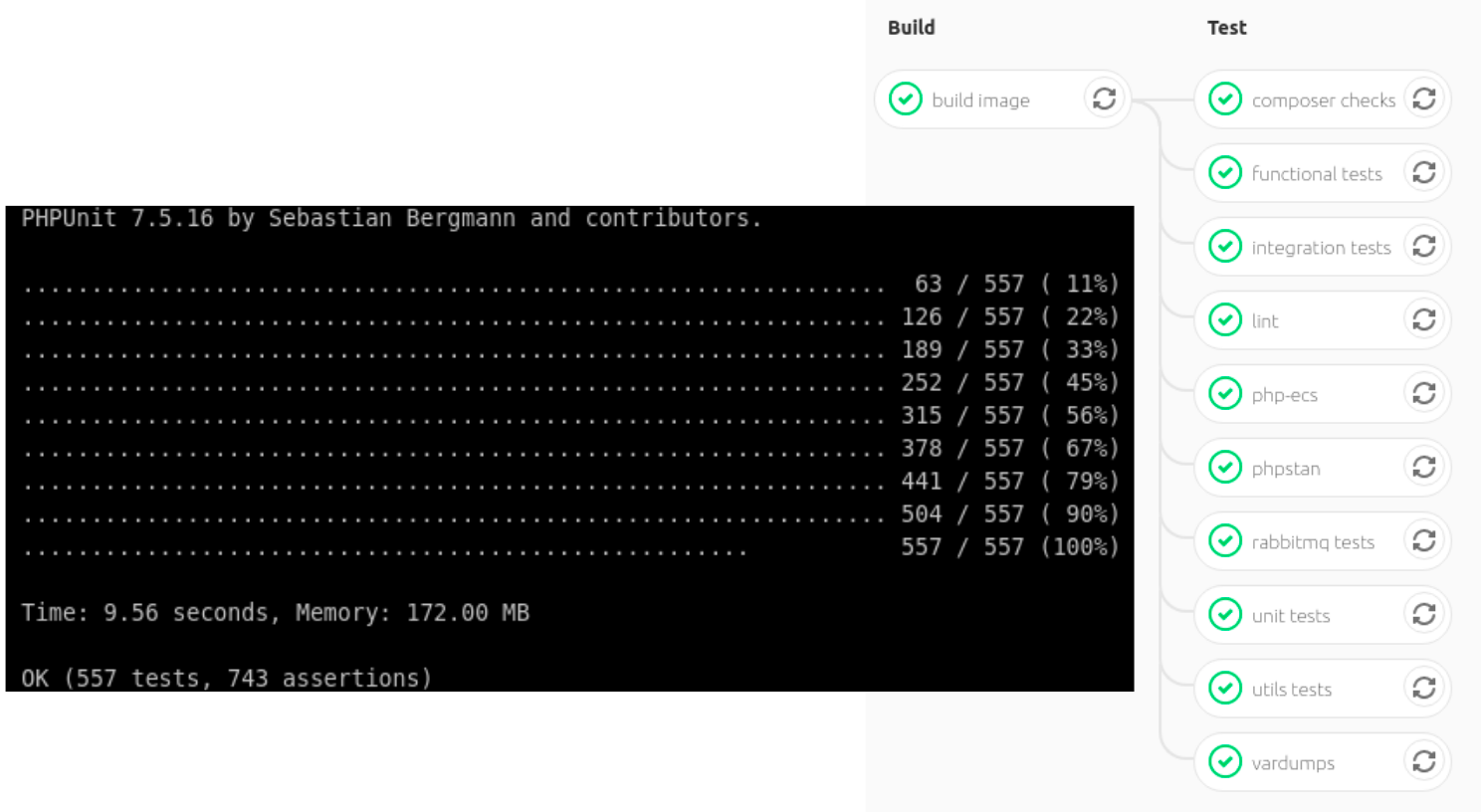 4. Remove What You Don't Use 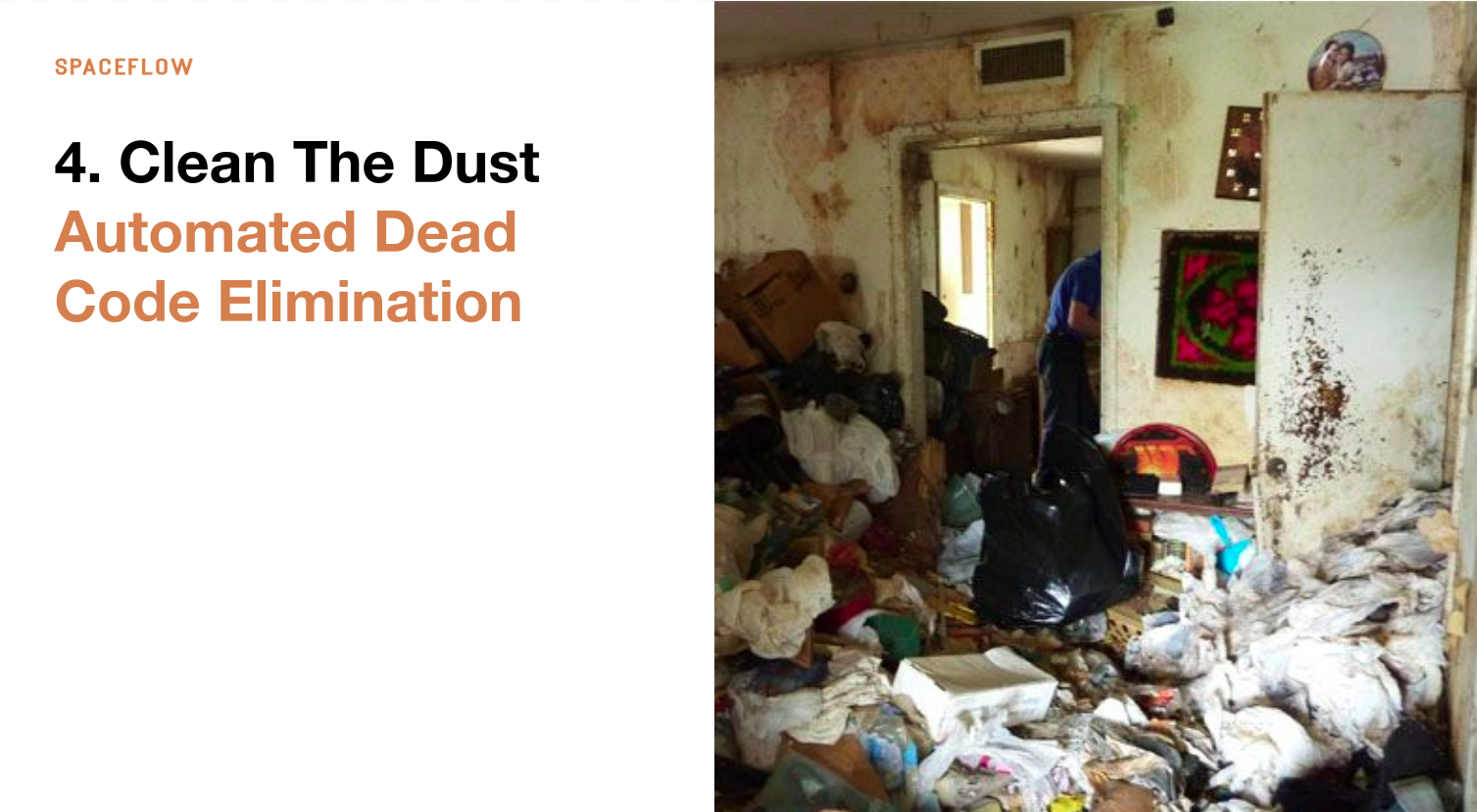 I see you now thinking "we don't have any dead code, or PHPStorm would tell us". No, it wouldn't, at least no in level the static analysis can. 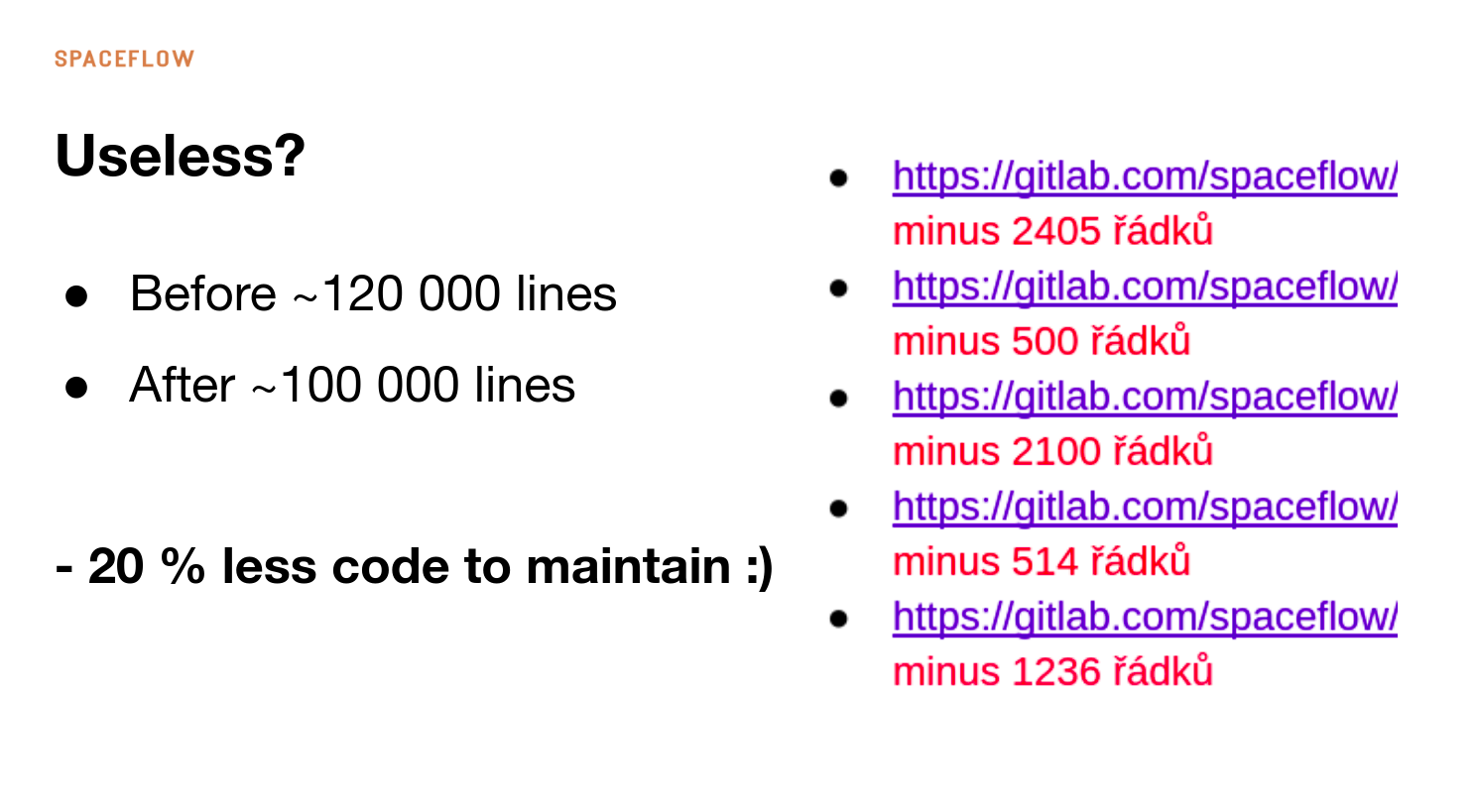 The moment you realize: 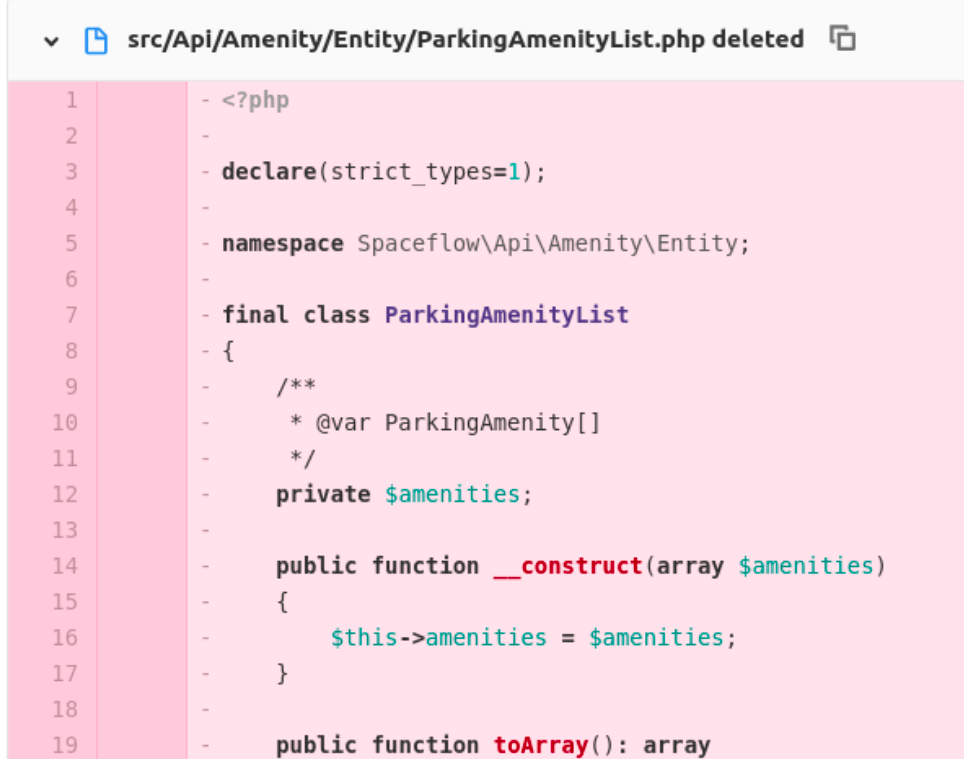 God, don't do this manually! Automate ↓ 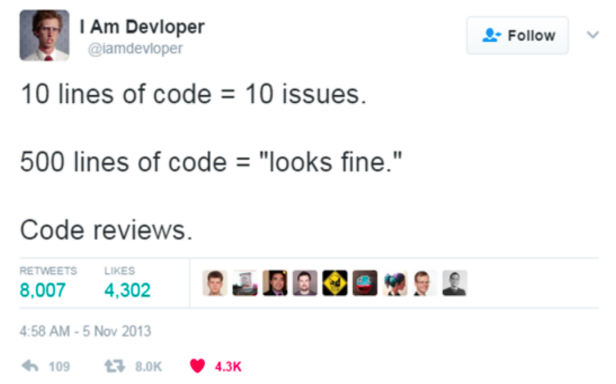 5. Make Your Ground Base Diamond SOLID 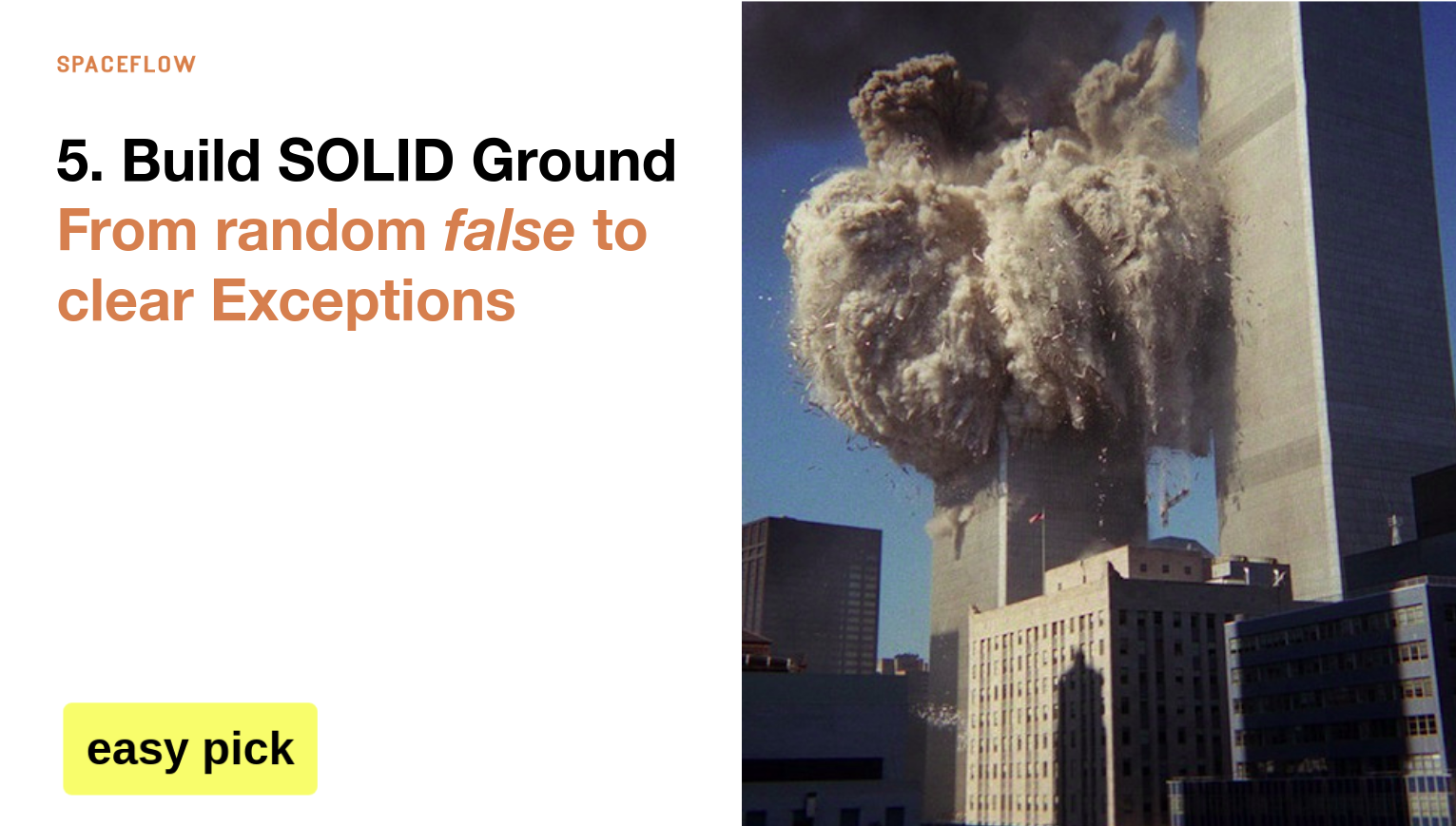 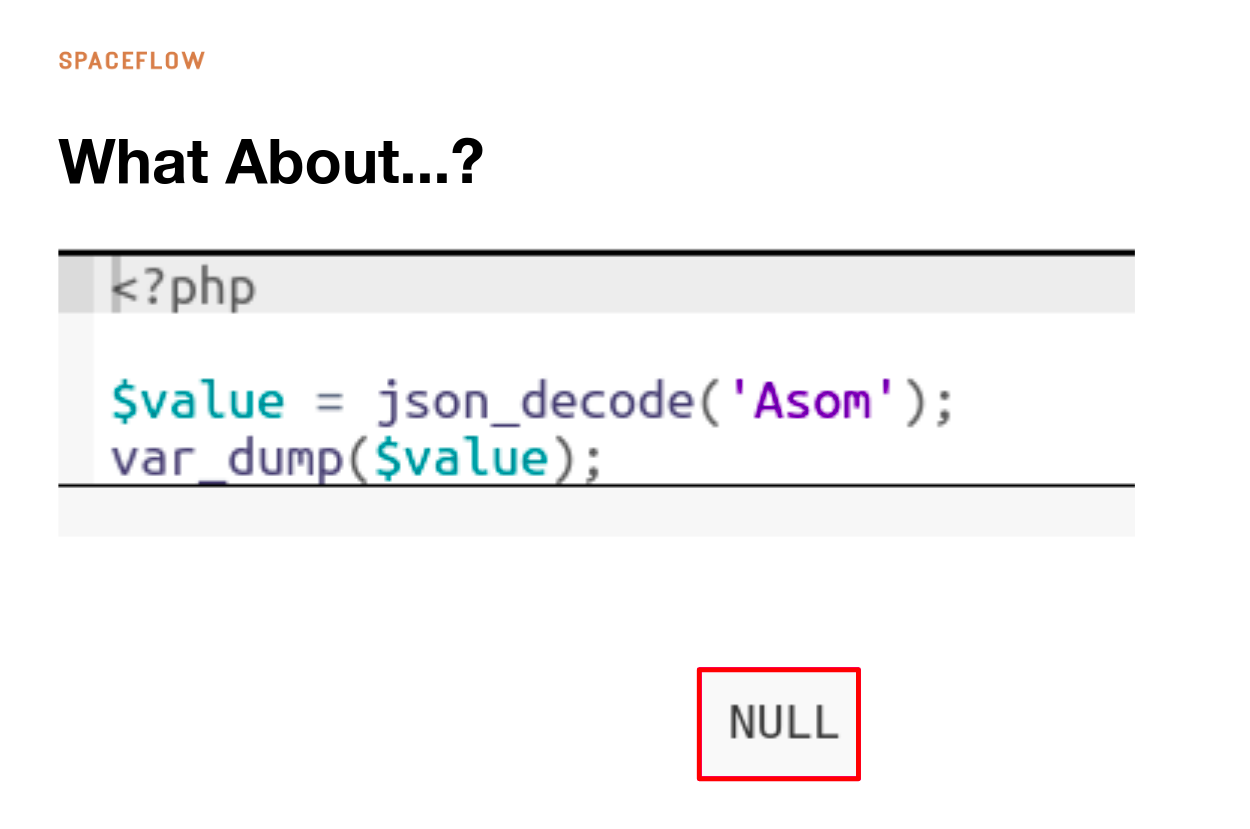 I'd never expect string turn into null, but it happened anyway. Silently. And not just from this function.

We wanted this code to throw an exception and tell us what's wrong. Right in the place where it happened, not just "string expect, null given" later.

There is a Safe package that can partially protect you, but it's rather general and with a generic exception.

But there is even better one - Nette\Utils: 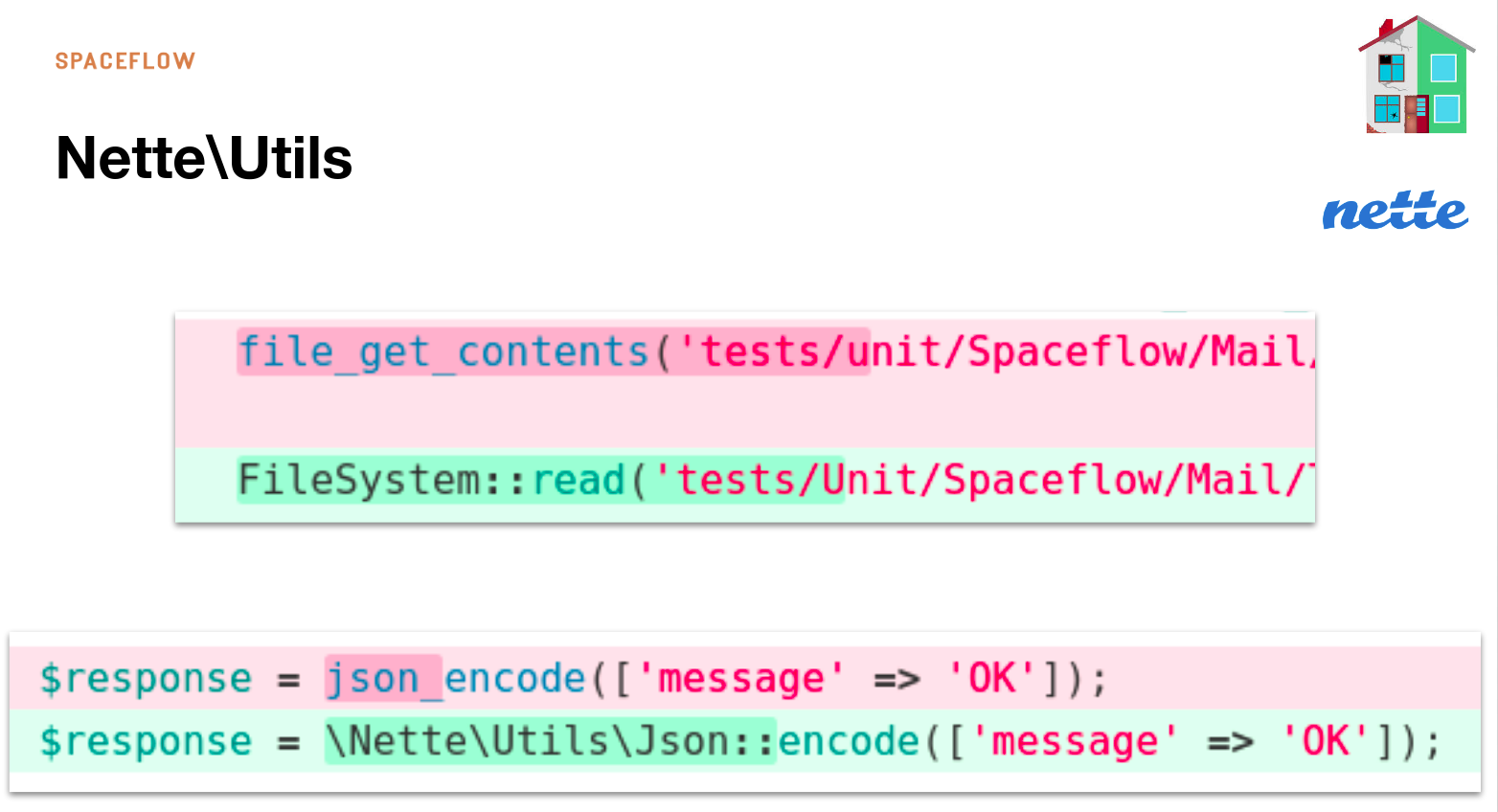 How to get it into your code? Easy: 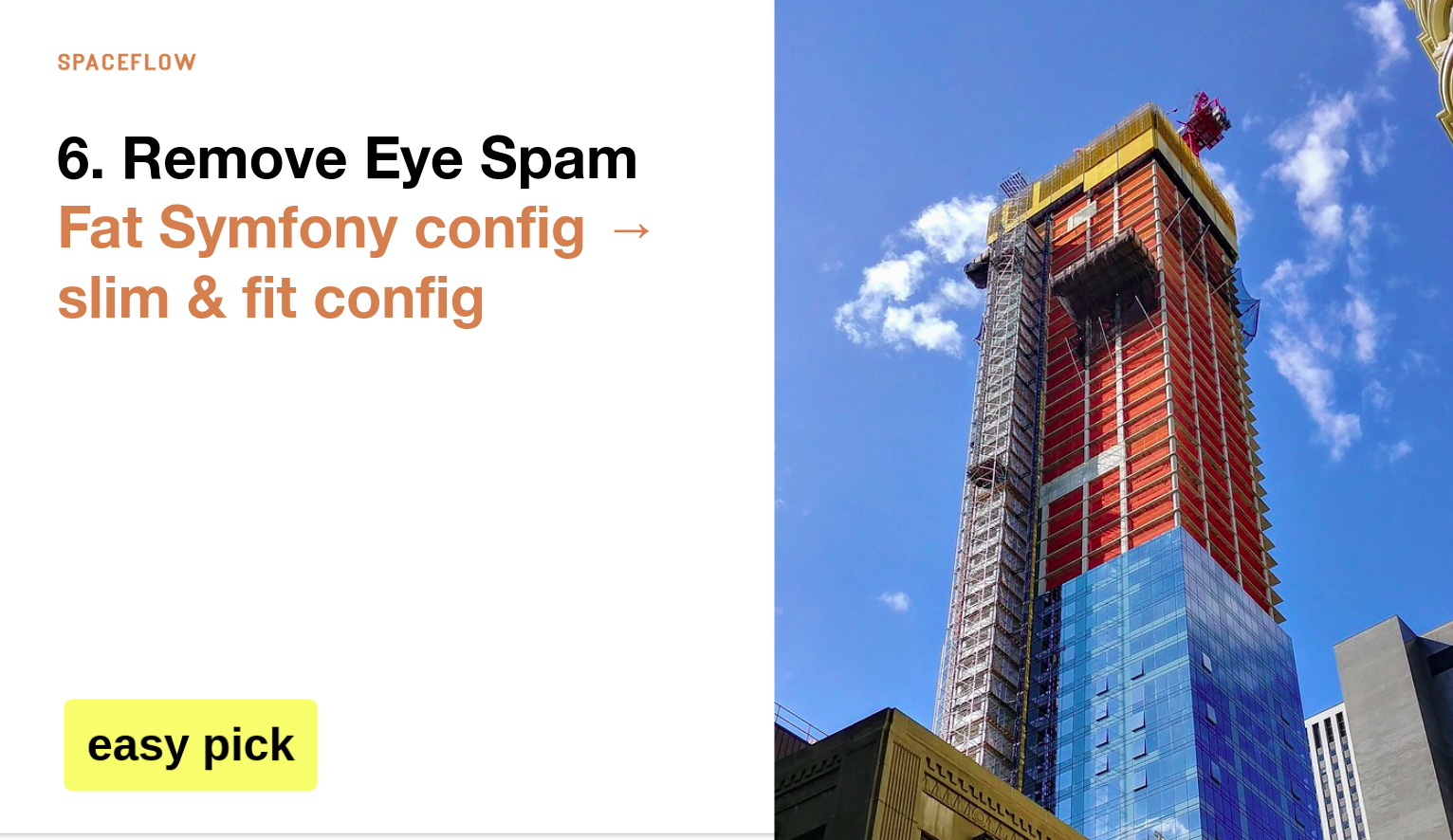 We already wrote that config suffers from manual services registration spam. But there is more...

This is famous Symfony tag spam.

We don't like spam, do you? So we dropped all this crap and used 2 compiler passes to make it KISS: 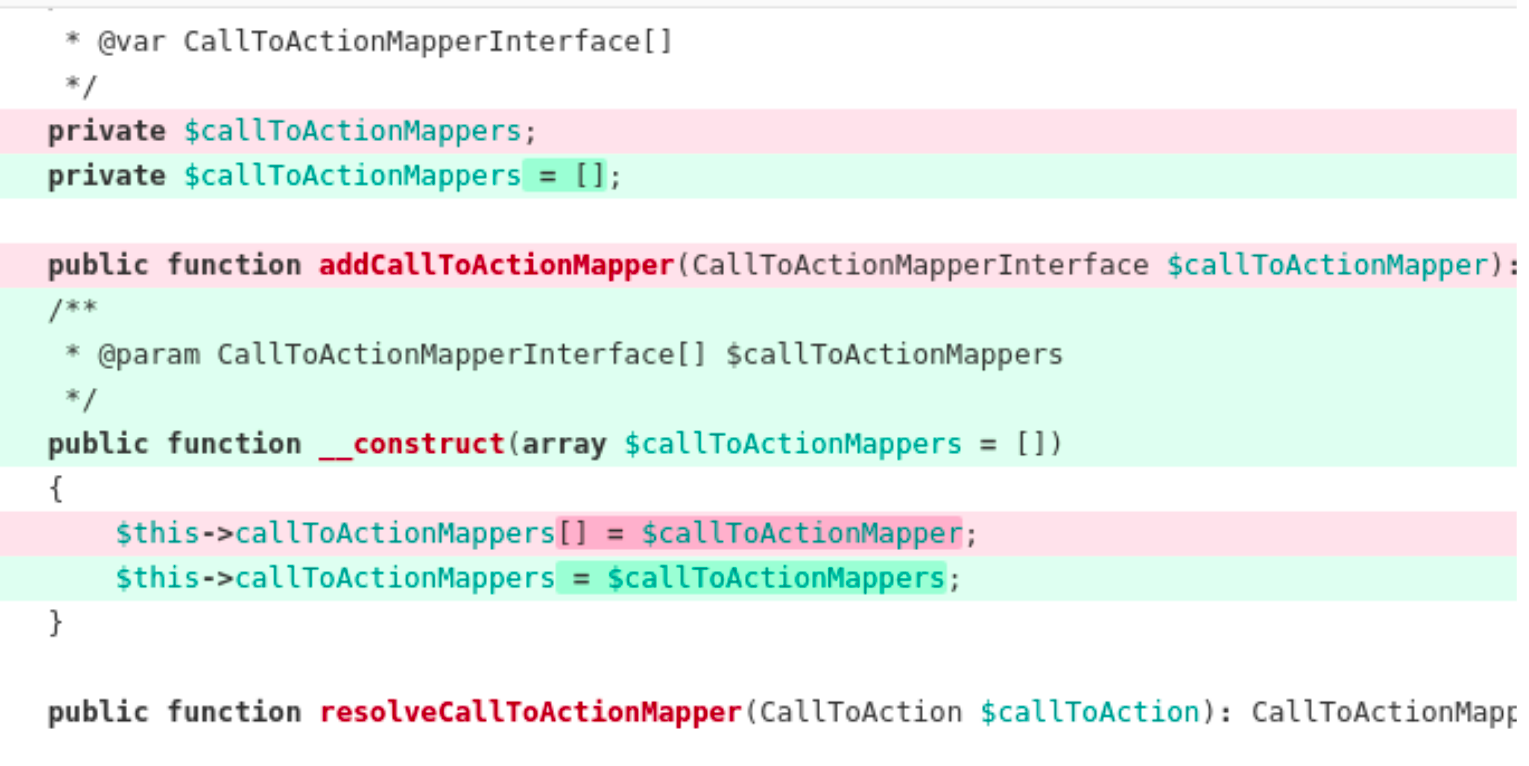 7. Remove All the Copy-Paste Legacy 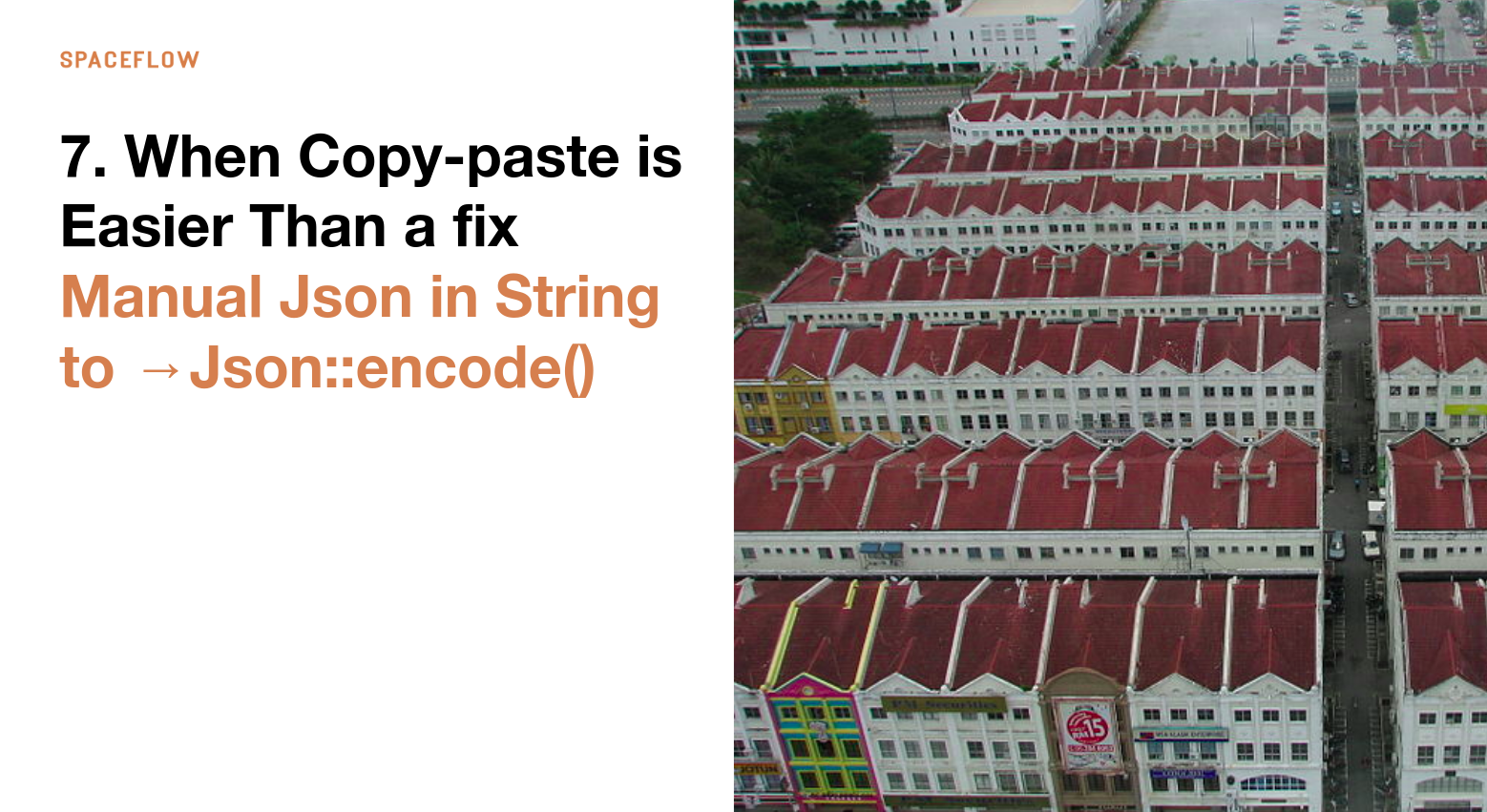 We all know how the story goes:

In our case, it was json, written as a string:

It was hard to maintain, even read or change a value in that mess. We had many bugs just because of invalid quote concat, missed closing quote or new-line issues. We needed to use a normal array like most people do, but it was spread in over 70 use cases, some of them nesting array into 5 levels.

Easy, we made a Rector rule for that: 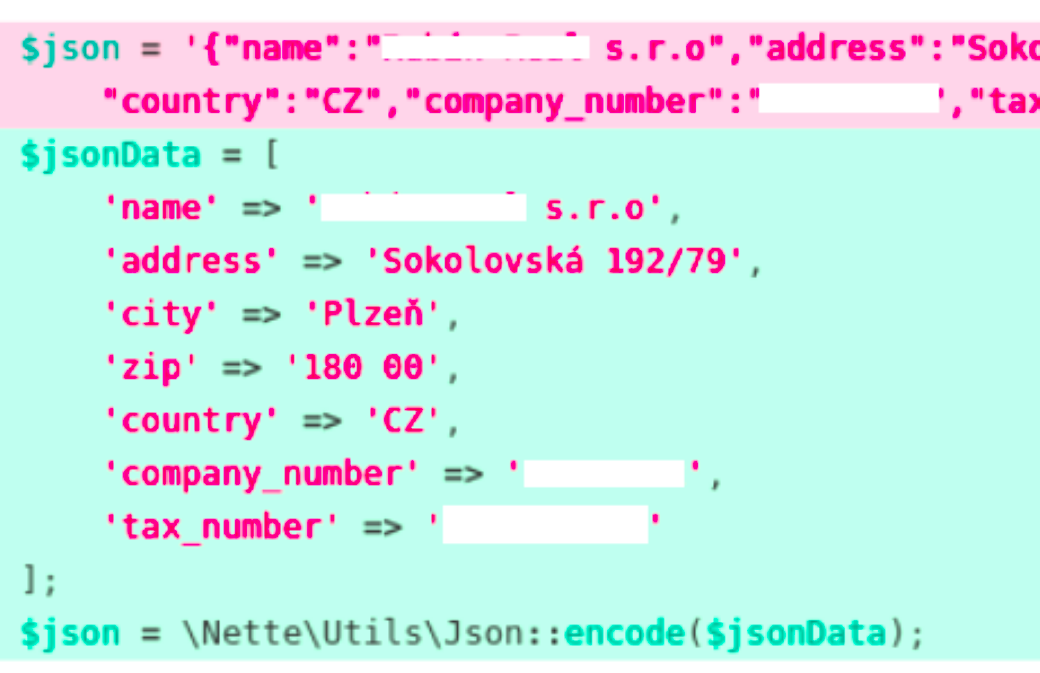 8. Know ALL Your Properties 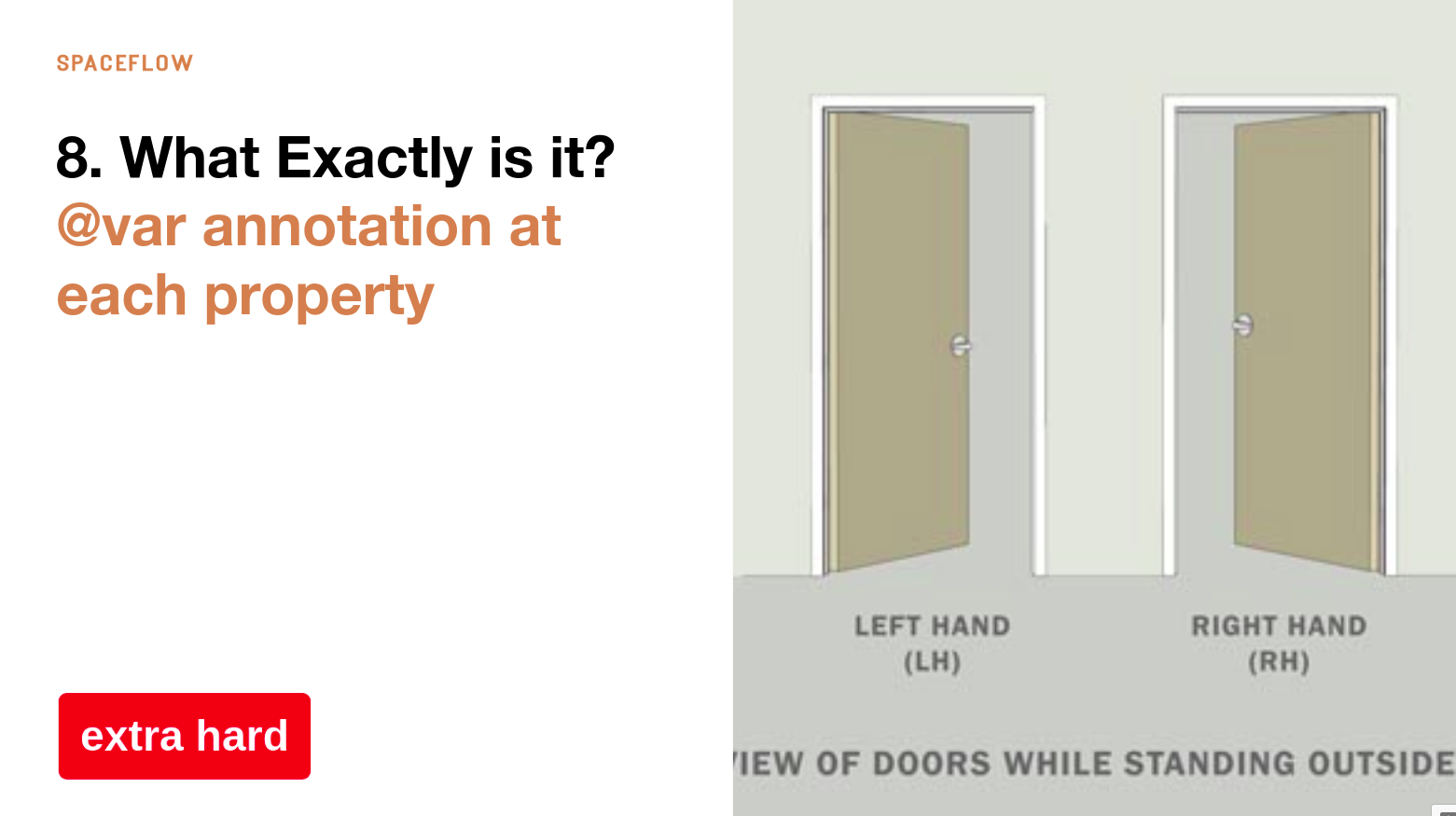 I already wrote about this here: How we Completed Thousands of Missing @var Annotations in a Day

This is super important to make instant refactoring reliable! 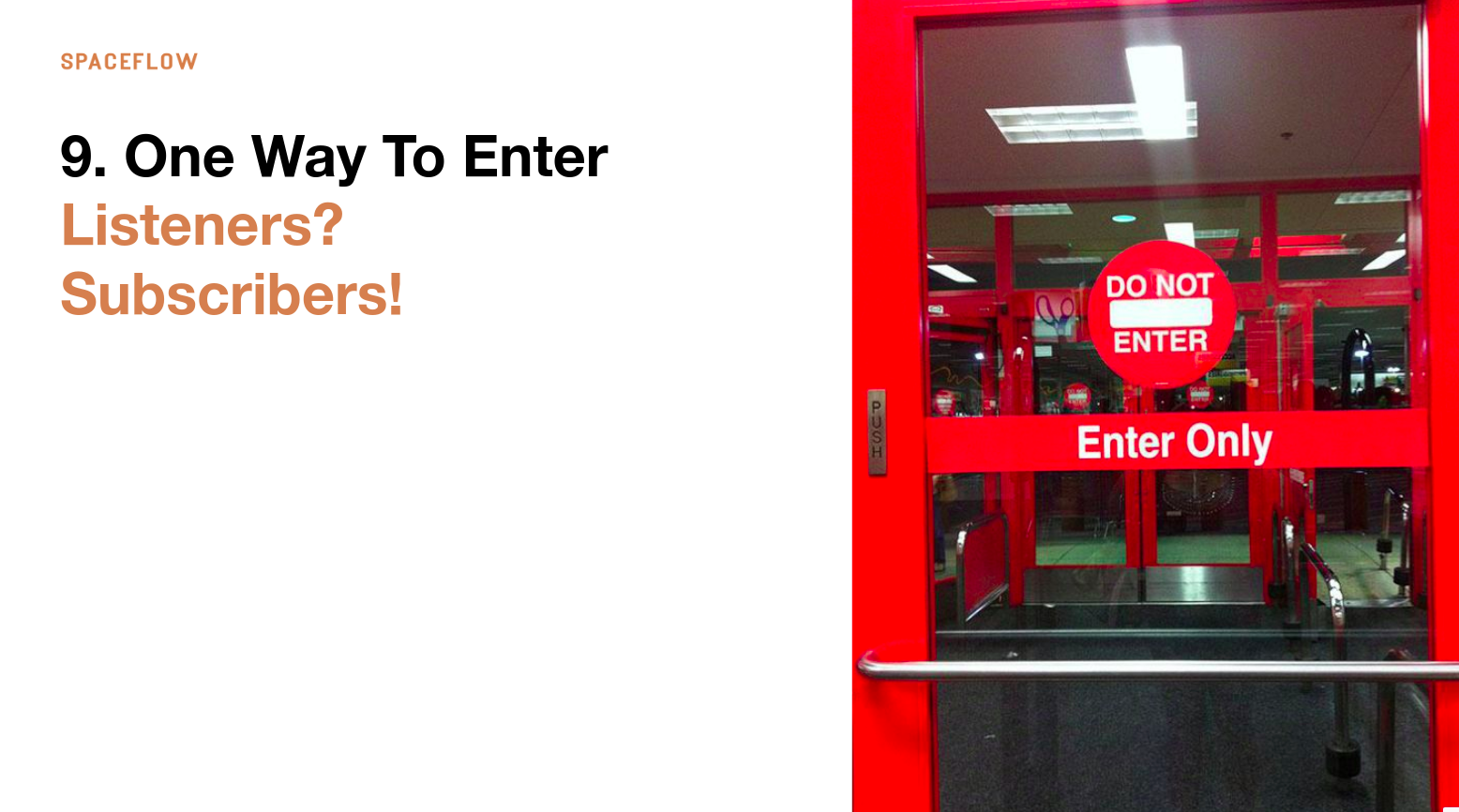 I already wrote about it... twice:

This was the biggest problem in the whole project. First, it used classic int ids. Then uuid was about to be used (for whatever good reasons), but for the lack of refactoring time only, new entities used it. So part of the old approach, part of the new approach. Sometimes one class uses one of those and another of those.

Total mess, maintanece of 2 huge layers and negative effective on input/output layer, because it had to be consistent. There cannot be a situation where user sees urls like:

And not only the user but also external API, mobile applications, invoice systems, etc.

This was a real challenge for the whole team - it included database, Doctrine refactoring rules, external service unification refactoring and also changing PHP types all over the application.

And that's all folks, all we made happen in 3 months work of... 1 person. We wanted to show you, that all big changes don't have to be "whole-team-2-years-refactoring-super-expensive-no-features".

It can be smooth, step by step, closed incremental iterations, done by one full-time person.

Now the code is:

This is Inspiration and Proof, it Can Be Done. Now Yours is Choice to Make:
What Are You Going to Clean Tomorrow in Your Code Base?